The National Kidney Foundation of Malaysia (NKF) is shocked and appalled by distasteful claims made by two viral social media postings attempting to promote a product to cure kidney disease. NKF was alerted of these scams when members of the public contacted the organisation to enquire about the legitimacy of the product. Further investigations led to the viral postings, which included two different tampered photos of NKF Malaysia that were taken at an event in 2015 and 2019 respectively.

NKF would like to make it clear that it does not endorse such products that promote false claims on curing kidney disease. The postings on social media which promotes Jisheng Kidney Qi Tablets as a cure for kidney disease without dialysis is clearly a scam that NKF will not tolerate.

“We take such scams very seriously, especially ones which are portrayed to be endorsed by NKF. We would like to reiterate that we do not endorse products that claim to cure kidney disease, especially ones promoted by external links which are not related to NKF,” said NKF Malaysia chairman Dato’ Dr Zaki Morad Mohamad Zaher.

“We at NKF provide advice on the prevention and treatment of kidney diseases based on evidence and consultation with our panel of experts. Over the years, there have been multiple claims made by pharmaceutical individuals and others in the medical line about products that can prevent kidney disease or cure it. However, the public is advised to verify such claims either with their doctors or NKF first,” he added.

Following this, NKF has lodged two police reports for the two separate postings and also filed complaints with the Malaysian Communications and Multimedia Commission (MCMC) and Ministry of Health (MOH) for further investigation. NKF will work closely with all relevant authorities and take stern action against those responsible for this.

NKF further called on irresponsible parties to stop promoting such scams which preys on a patient’s emotional and mental state of health, especially during trying times like these as our country battles the ongoing Covid-19 pandemic. It is a very irresponsible thing to do and promoting scams like these is unethical and immoral.

“We would also like to explain that the NKF photos which were edited and used in the advertisement postings were from our Toyota Tsusho (Malaysia) Sdn Bhd event in 2015 and SHELL Malaysia event in 2019. The Toyota photo was from a donation event to NKF and the SHELL event titled ‘Anda Pam, Kami Derma’ on the other hand, was a campaign held during the 2019 Hari Raya festive season in collaboration with SHELL Malaysia,” said Dato’ Dr Zaki Morad.

In the social media postings, the wordings on both the mock cheque and banner held in the group photos were replaced with the words ‘No dialysis required. Completely cure kidney disease’. To date, there is no known cure for Chronic Kidney Disease (CKD), but there are treatments that can help, in addition to receiving an organ transplant.

For credible information about kidney disease, treatment options, medication and to get the latest updates, do visit NKF Malaysia’s official website at www.nkf.org.my or send an email to info@nkf.org.my 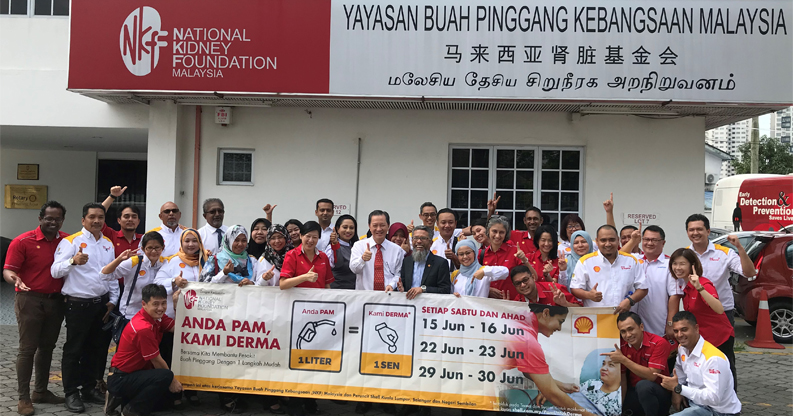 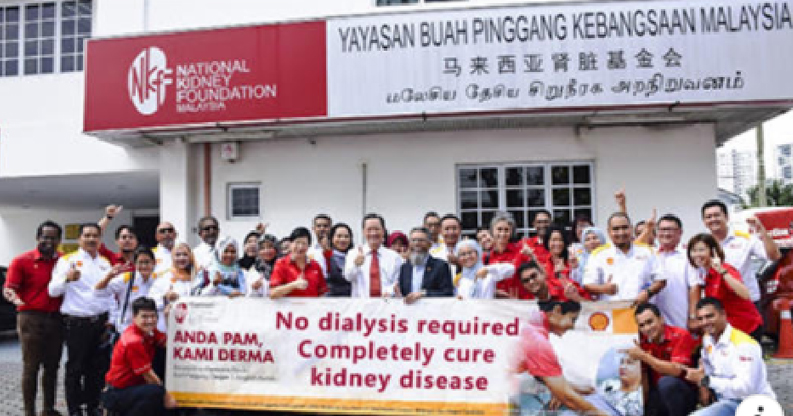 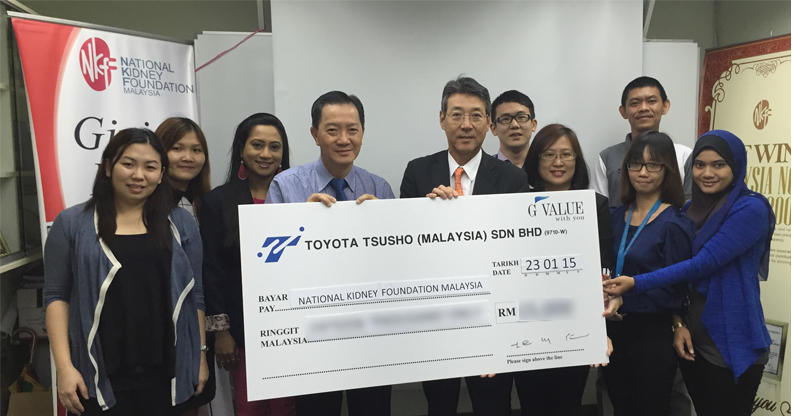 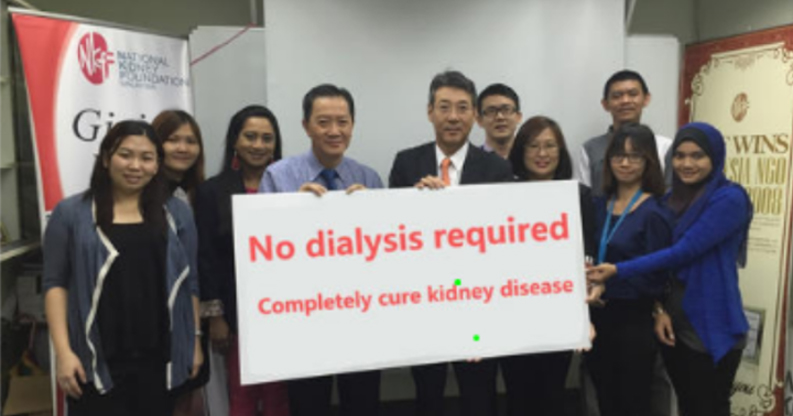