Annual Dialysis Meeting 2013 “Improving Survival, There is Life After Dialysis” 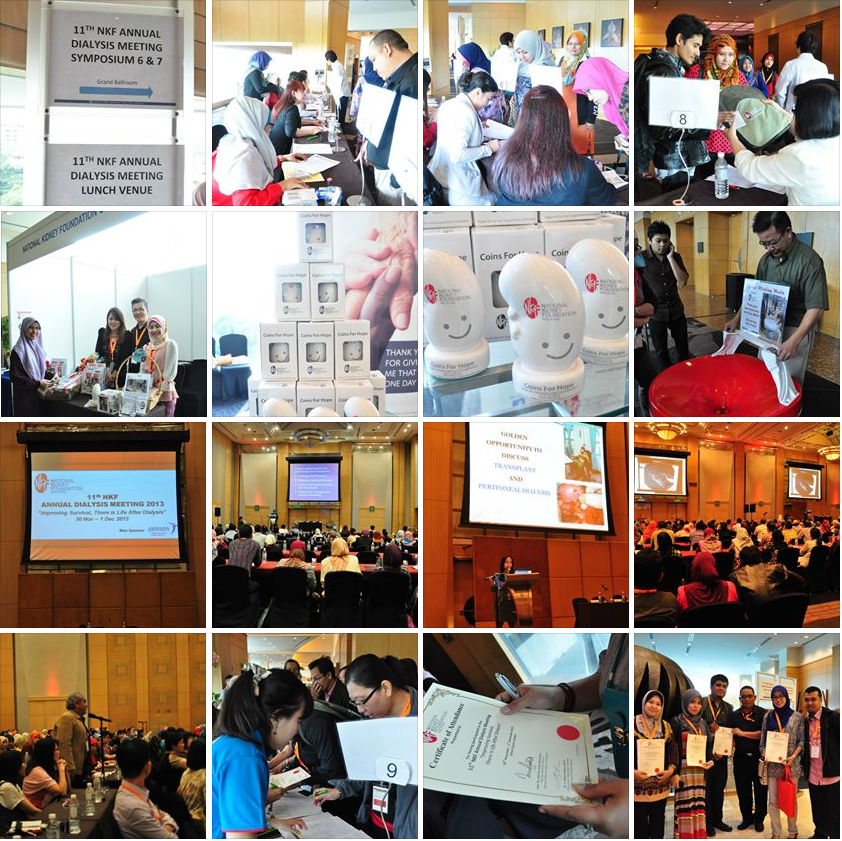 For two days, 30 November & 1 December 2013, NKF organized and hosted the 11th NKF Annual Dialysis Meeting (ADM) at the Kuala Lumpur Hilton as part of the ongoing series of ADM. The theme for this year’s meeting was “Improving Survival, There Is Life After Dialysis”.

Booths were also set up and taken by pharmaceutical companies to display the latest dialysis equipment and medical products.

About 600 individuals, mainly nurses and other medical staff participated in the interesting and exciting event. It even provided platform for networking.

The meeting provided an insight to the up-to-date practices including current papers in the treatment of chronic kidney disease. It opened the path for the medical personnel to a wider horizon of knowledge resulting in the enhancement of their competency.

On the more humane aspect affecting the patients, presentations were made and discussions were opened on social relationships involving them and their choice to discontinue dialysis especially after they had shown little or no improvement at the onset of their treatment.