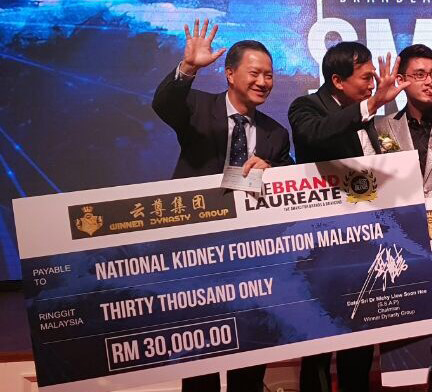 On 1 March 2017, a dinner was held at The Majestic Hotel, Kuala Lumpur, by The Asia Pacific Brands Foundation to celebrate The BrandLaureate SMEs BestBrands Awards 2016.

At the dinner, NKF was one of the recipients of donations made by The Asia Pacific Brands Foundation under its Corporate Social Responsibility (CSR) programme. Mr. Chua Hong Wee, the NKF CEO, received a mock cheque for RM30,000 on behalf of the Foundation at the presentation ceremony. 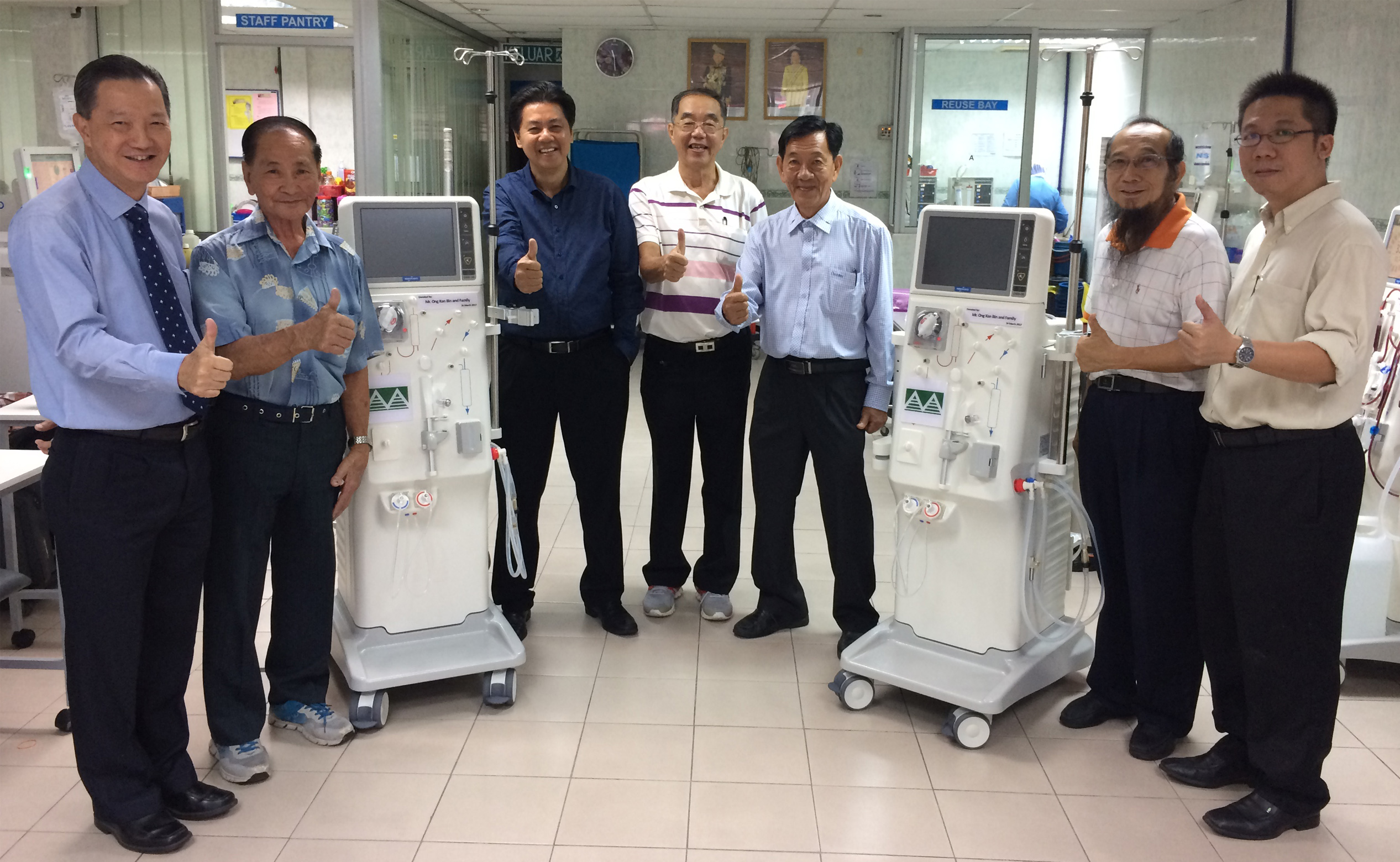 24 March 2017 witnessed the presentation of the 5th and 6th dialysis machines by Mr. Ong Kan Bin to Pusat Dialisis NKF-Kelab Apex, Klang.at the premises of the dialysis centre.

On hand to receive the machines on behalf of the National Kidney Foundation of Malaysia (NKF) was the NKF Chief Executive Officer (CEO), Mr.Chua Hong Wee. 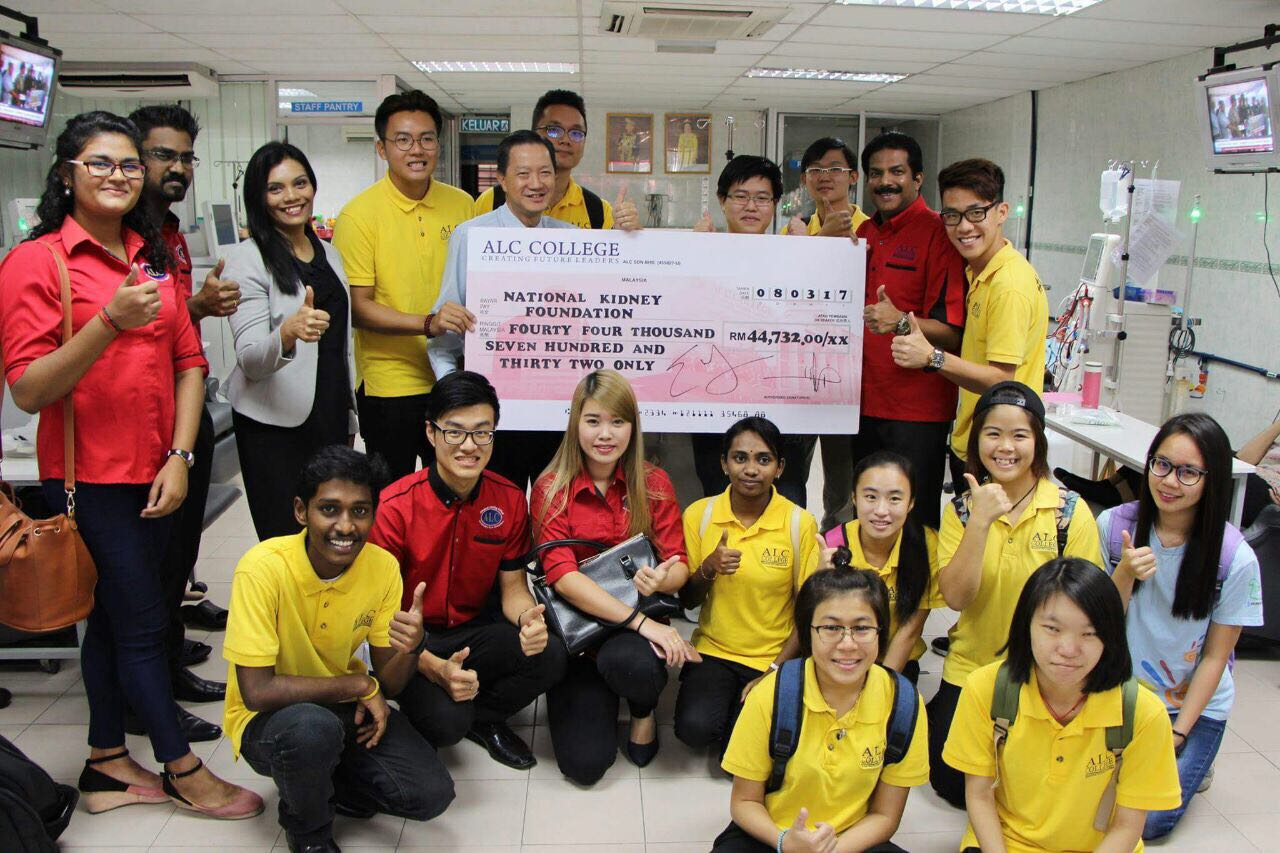 ALC College had been a fervent supporter of the National Kidney Foundation of Malaysia (NKF) since 2008. For the past 8 years, the college had not only donated 3 dialysis machines and 1 RO water system but also made monetary donations through their corporate social responsibility programme. For this year, the ALC College students successfully raised RM44,732 to purchase one dialysis machine in aid of NKF.

At a presentation ceremony at Pusat Dialisis NKF Kelab Apex, Klang on 8 March 2017, a mock cheque for the amount was handed over to the NKF Chief Executive Officer (CEO), Mr. Chua Hong Wee by the ALC College CEO, Mr. Edmund Edwards. 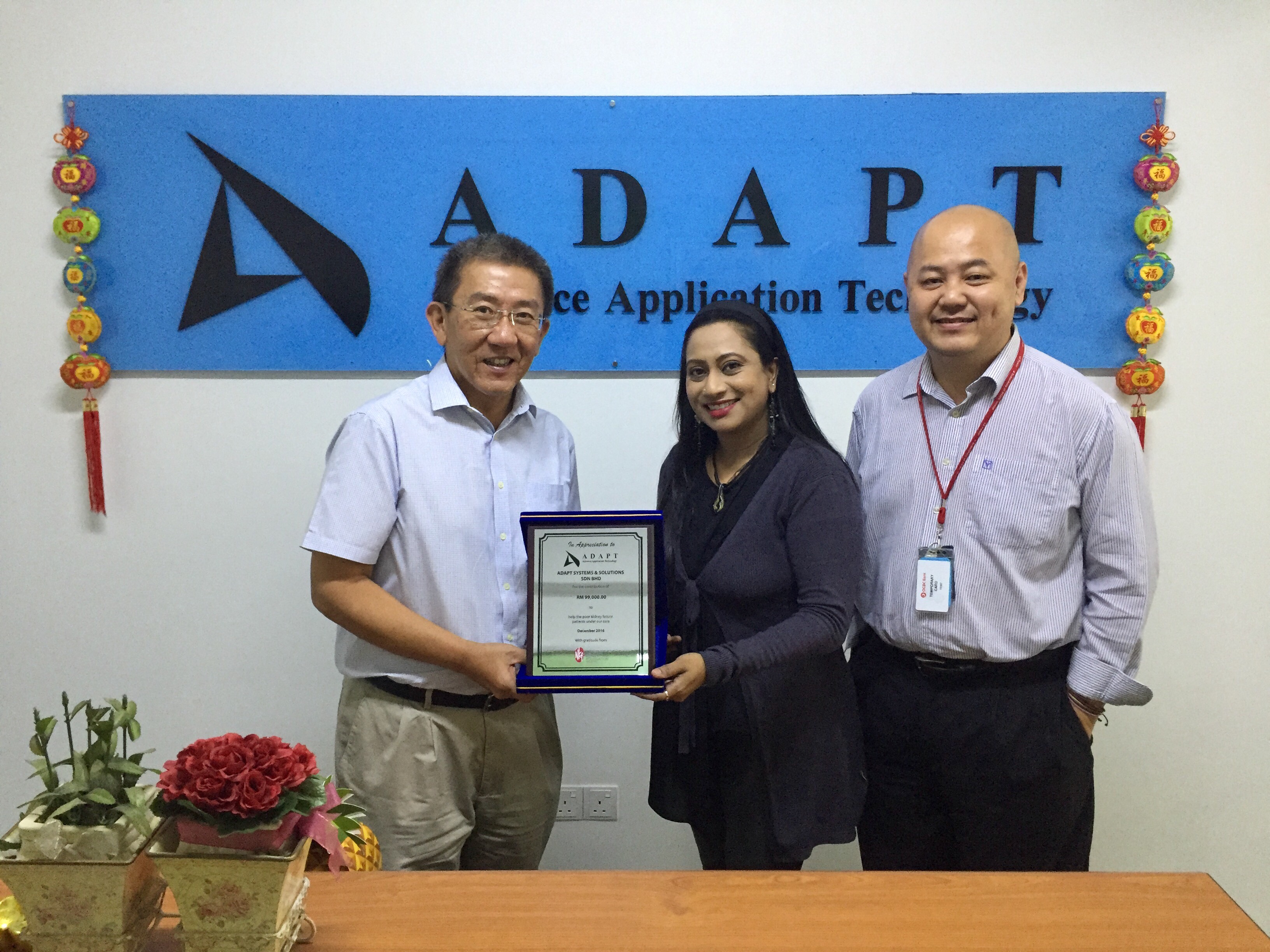 On 22 March 2017, the Head of Branding, Communications and Fundraising of the National Kidney Foundation of Malaysia (NKF), Datin Shobana Kamalanathan, presented a token of appreciation to Mr. George Lim Aik Lee, a director of Adapt Systems and Solutions Sdn Bhd, witnessed by his partner, Mr. Jerry Choong Hon Sheng at their office in Wisma Tai Yoon, Kuala Lumpur.

Adapt Systems and Solutions Sdn Bhd donated a generous amount of RM99,000 in aid of NKF from the company’s revenue as part of the company’s Corporate Social Responsibility programme. 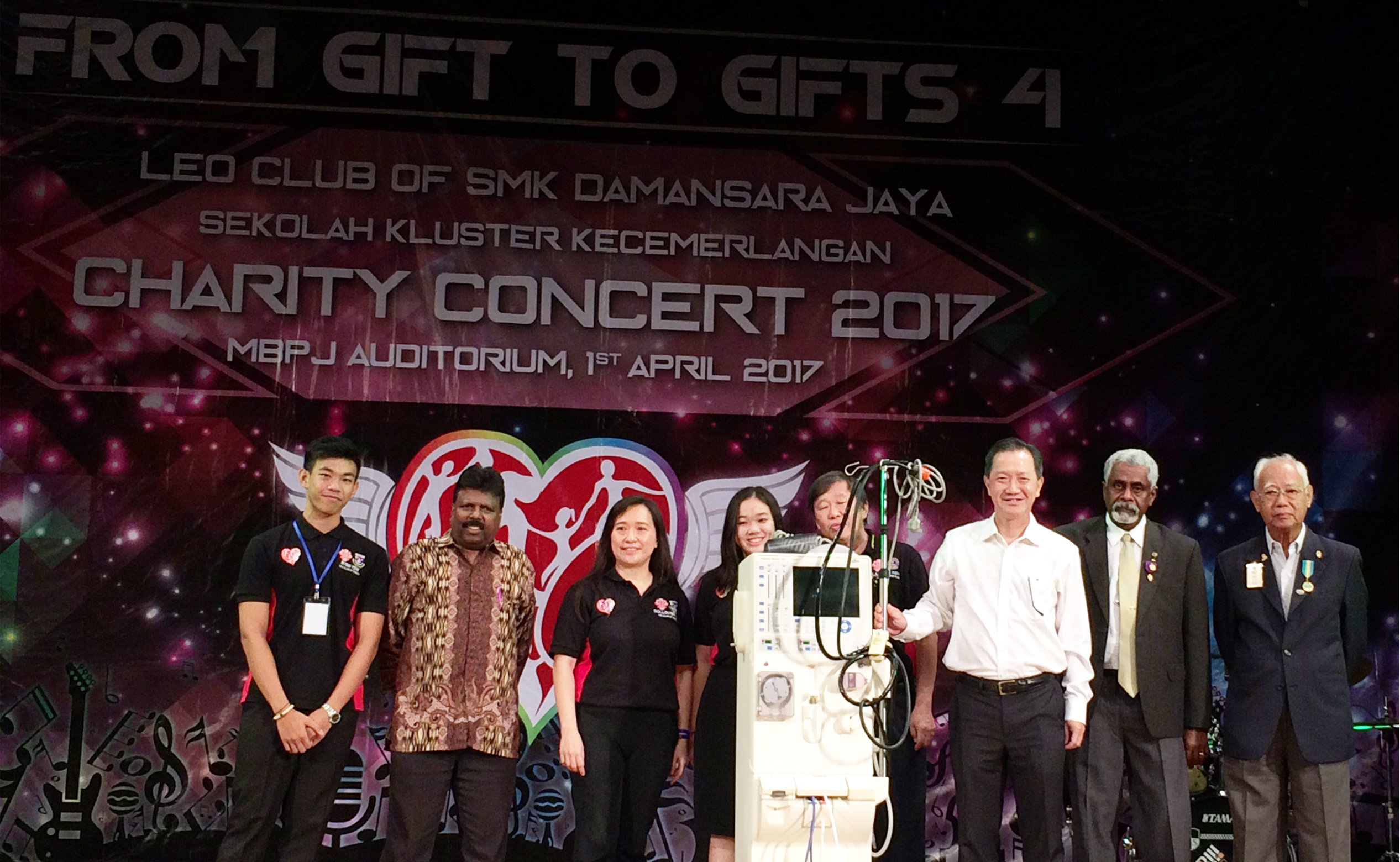 FROM GIFTS TO GIFTS 4 CHARITY CONCERT

On hand to receive the machine at the auditorium of Majlis Bandaraya Petaling Jaya (MBPJ) on behalf of NKF was its Chief Executive Officer (CEO), Mr. Chua Hong Wee. 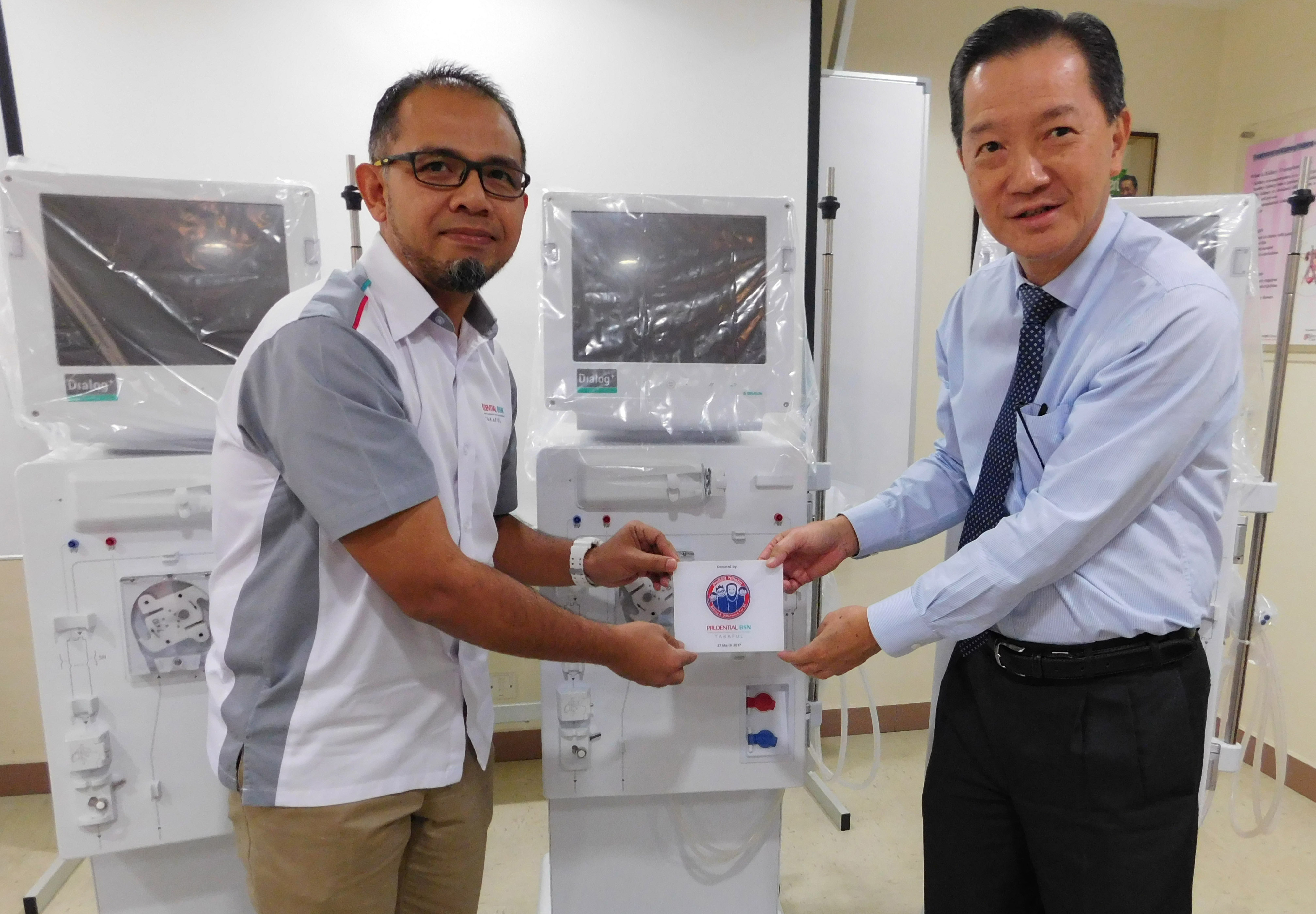 On 19 May 2017, Encik Khairuddin Affendi Mohamad, the Head of Microtakaful, Prudential BSN Takaful Bhd (PruBSN) in a ceremony at the NKF premises handed over 4 dialysis machines to the National Kidney Foundation (NKF) of Malaysia. On hand to receive the machines was Mr. Chua Hong Wee, the Chief Executive Officer of NKF who represented the Foundation. 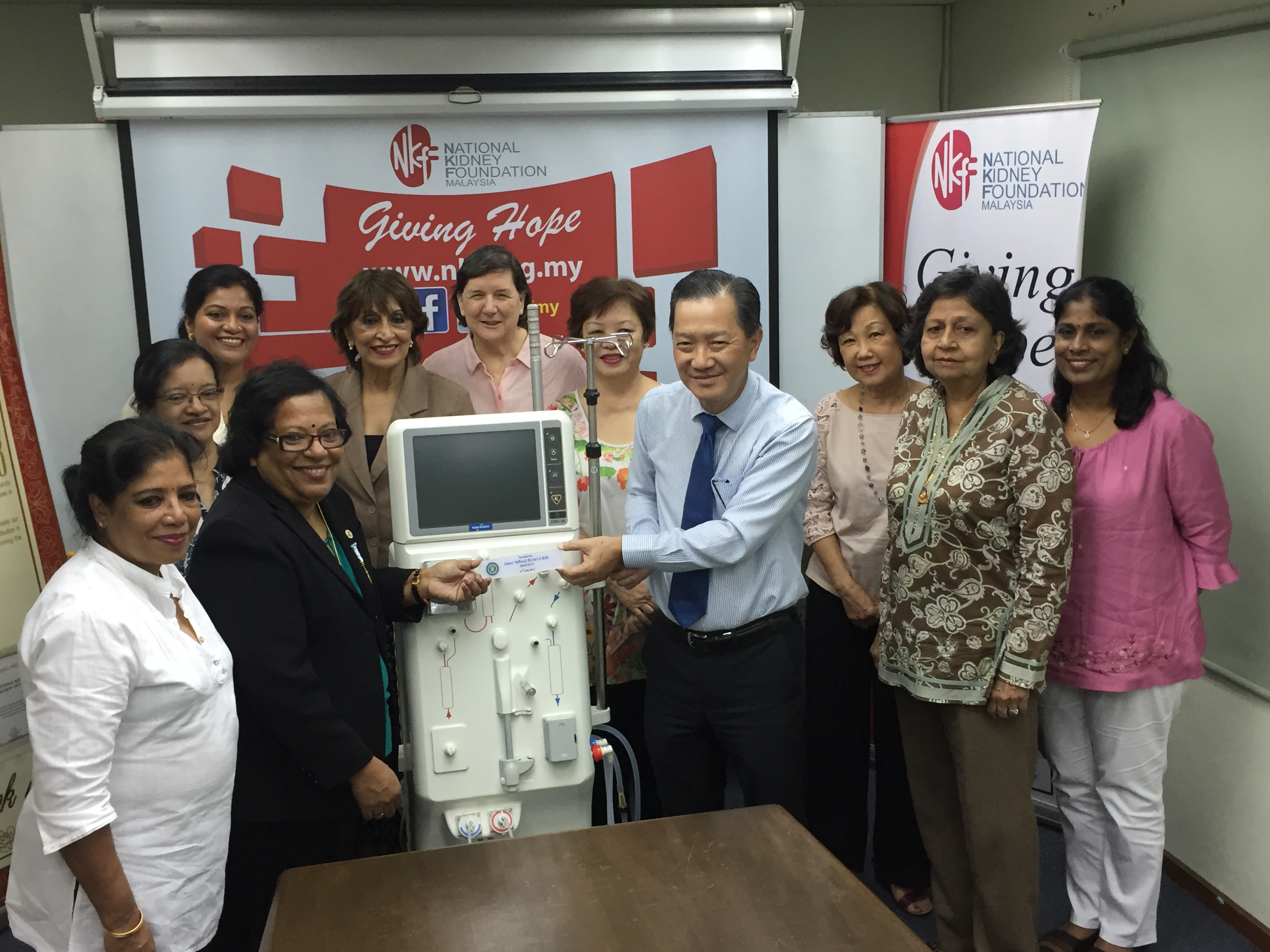 On 17 July 2017, Madam Parimala Satheesan, the Immediate Past District Chairman of Inner Wheel District 330 Malaysia, at a ceremony at the NKF Secretariat presented a Nikkiso dialysis machine to Mr. Chua Hong Wee, the Chief Executive Officer of the National Kidney Foundation (NKF) of Malaysia. 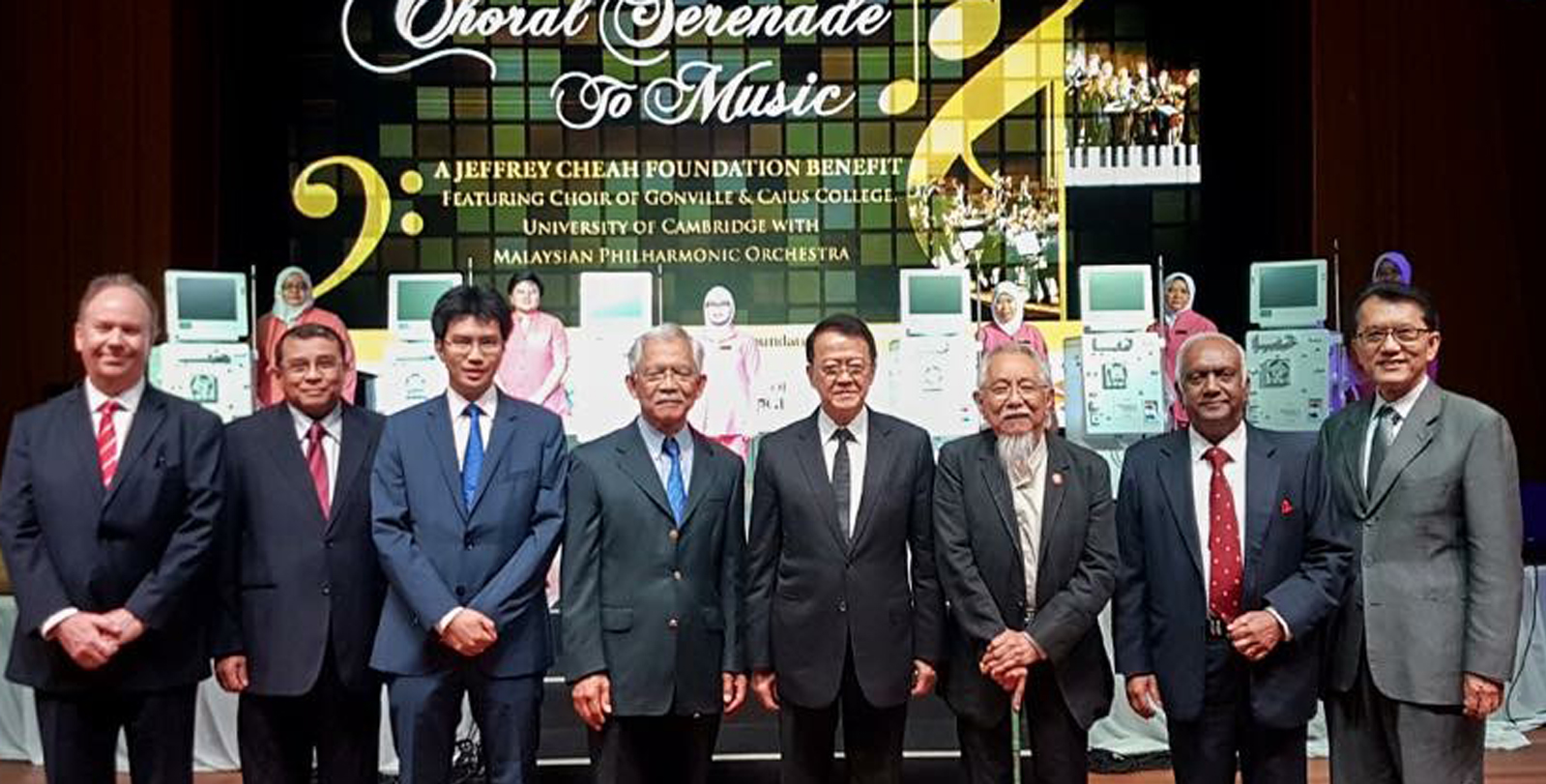 On 17 August 2017, Tan Sri Dato’ Seri Dr. Jeffrey Cheah, AO, the Founding Trustee of the Jeffrey Cheah Foundation and Deputy President of the Board of Governors of the National Kidney Foundation (NKF) of Malaysia during a ceremony at the “Choral Serenade To Music” dinner and concert handed a mock cheque for RM400,000 to Tan Sri Dato’ Dr. Abu Bakar Bin Suleiman, the President of the NKF Board of Governors.

The money was raised from the dinner-cum-concert hosted by the Jeffrey Cheah Foundation at the Sunway Resort Hotel and Spa. The money was for the purchase of 8 dialysis machines that were greatly needed by NKF in its centres in Sabah, Sarawak and Selangor to provide haemodialysis treatment to poor and needy patients suffering from End Stage Renal Failure (ESRF).

The event marked the Centre’s 11th consecutive edition of its “buka puasa” get-together in bringing much joy and happiness to the underprivileged society. 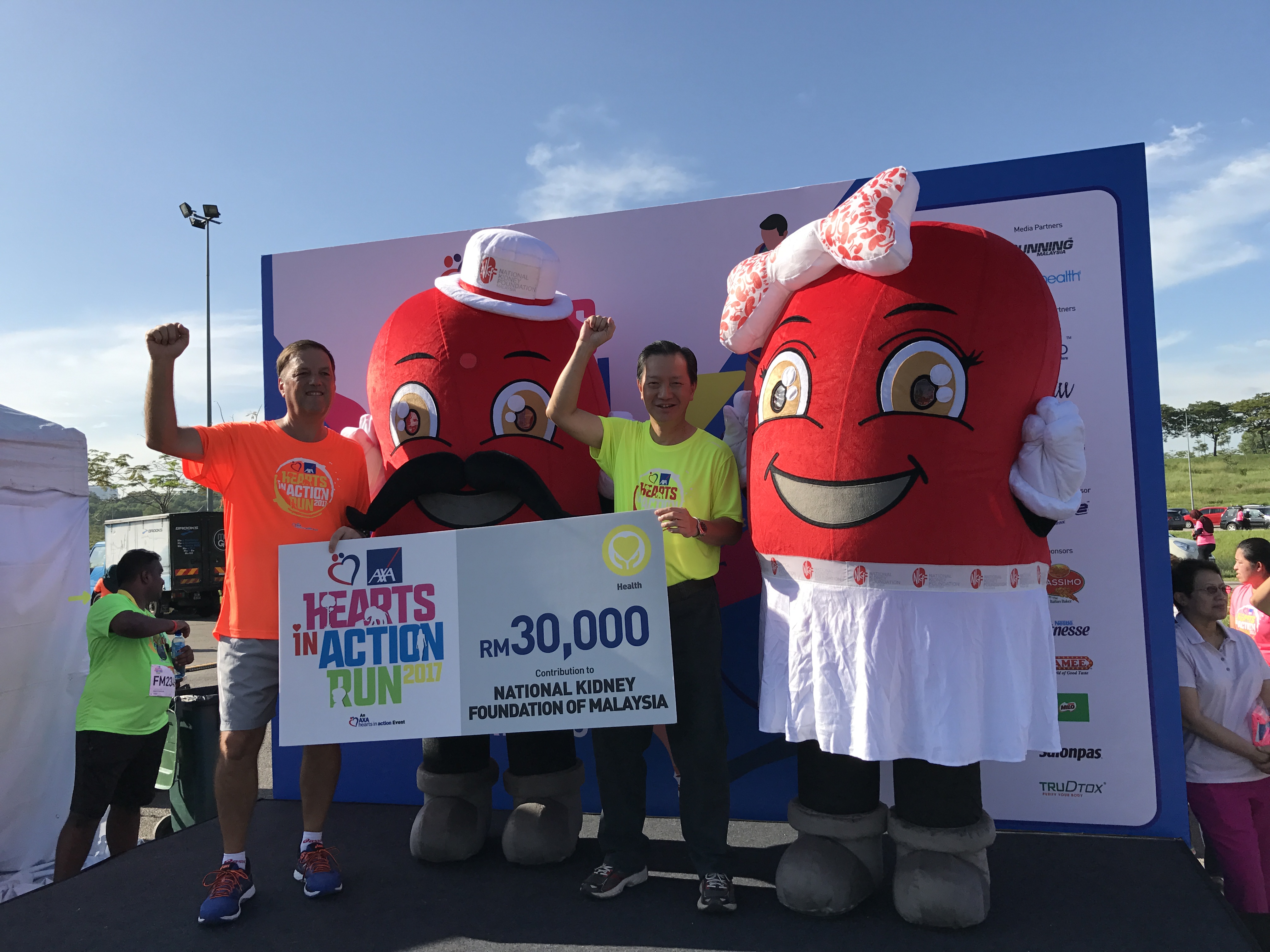 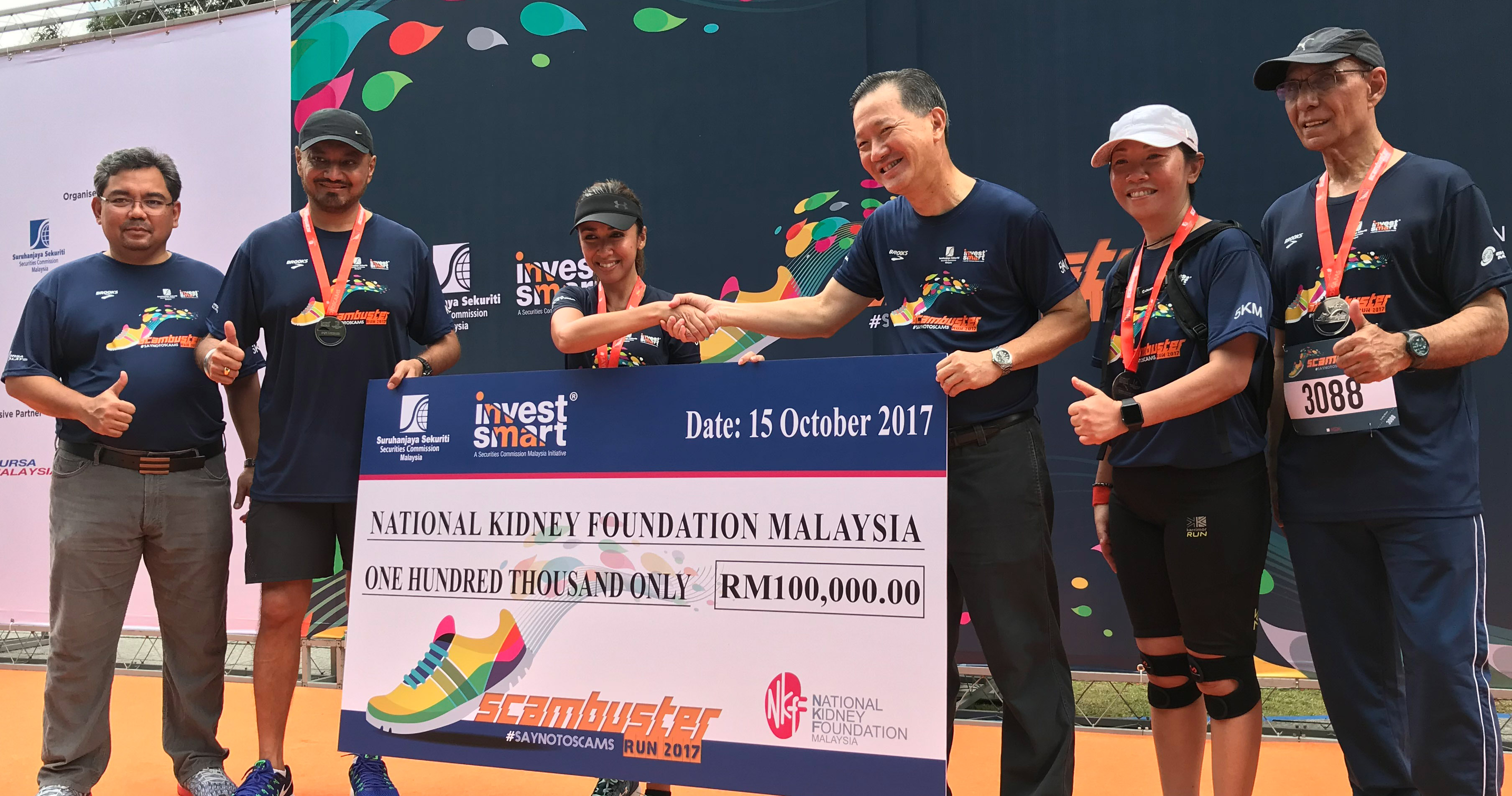 On 15 October 2017 at the end of the ScamBuster Run 2017, Mr. Chua Hong Wee, the Chief Executive Officer of NKF received a mock cheque of RM100,000 from Tengku Datin Paduka Setia Zatashah Sultan Sharafuddin Idris Shah, the Guest of Honour at the Run.

The money was the outcome of the collection from the event which was a fun charity run of 5 kilometres held by the Securities Commission Malaysia with NKF being the sole beneficiary. 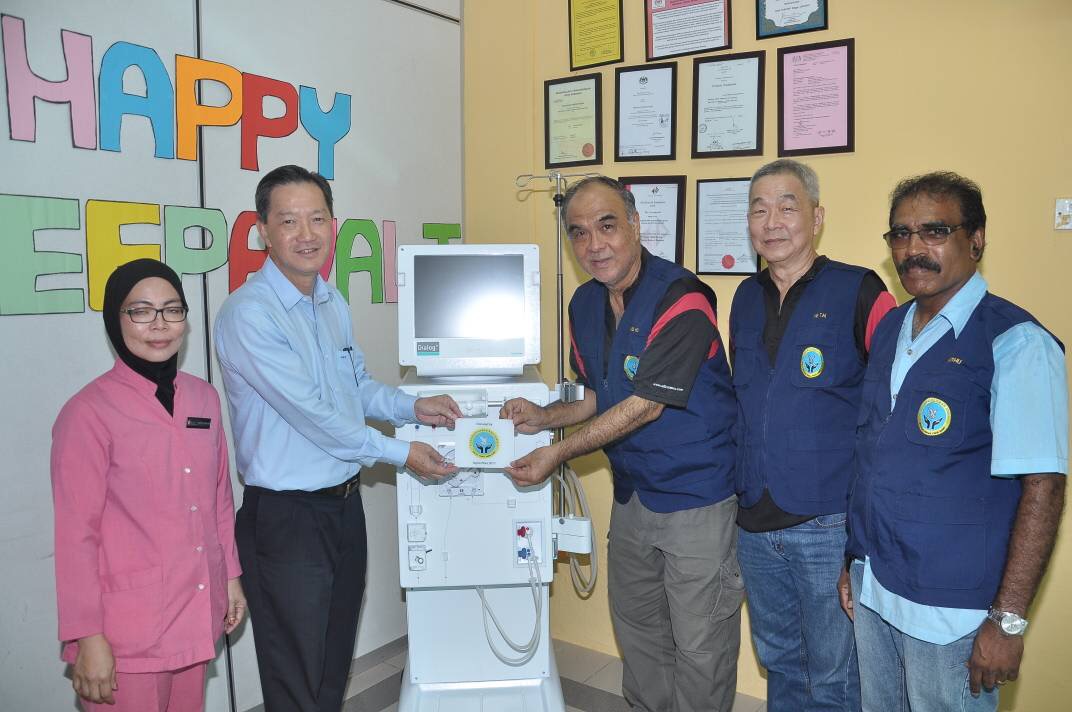 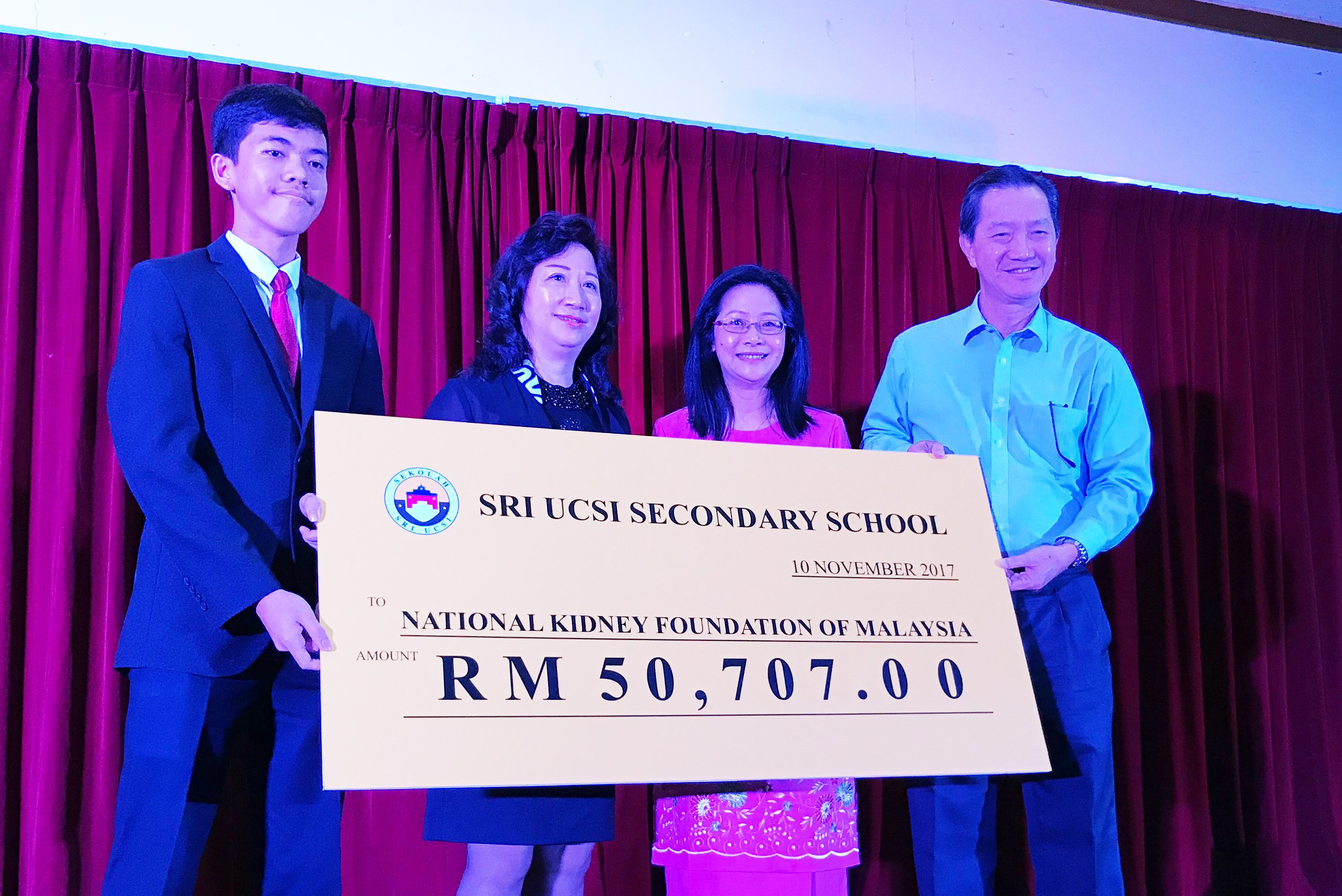 The generous donation was the outcome from a string of fundraising activities amongst which were the International Understanding Day by Interact Club, Canteen Day, Sports Day, Games Carnival, 3rd Wednesday of the Month Charity Drive and Charity Musical.

Included in the RM50,707 was RM8,248 raised by the Sri UCSI Primary School together with an earlier sum of RM13,138.85 that was received during the Health Awareness Week organized by the UCSI Secondary School.

On 10 November 2017, Ms. Mary Tan of Mary Tan’s Music Studio in Klang at a ceremony held at Pusat Dialisis NKF – Kelab Apex (Klang) presented 2 dialysis machines worth RM85,000 to NKF. On hand to receive the machines from her on behalf of NKF was Mr. Chua Hong Wee, the Foundation’s Chief Executive Officer.

(Disclaimer: The materials contained on this website are provided for informational purposes only and cannot be used for commercial reasons. Users can access, print a copy, download and display the necessary information without modifying or using the content provided by or the trademark of National Kidney Foundation of Malaysia, unless prior written consent is given. The user cannot copy, reproduce, republish or transmit the information available on this web-site. In addition, users cannot use the information for political, religious, commercial, advertising or promotional purposes.)