In line with World Kidney Day (WKD) celebrations 2015 on 12 March with the theme “Kidney Health For All”, NKF too was involved by joining up with other organizations and management of shopping complexes in holding the celebrations at two places – Klang Valley and Penang Island.

The first leg of the celebrations started on 28 February when the Guest-of-Honour Y.B. P Kamalanathan, the Deputy Minister of Education launched the opening at Sunway Pyramid. The celebrations at the shopping mall continued until 1 March before continuing in the subsequent shopping centres 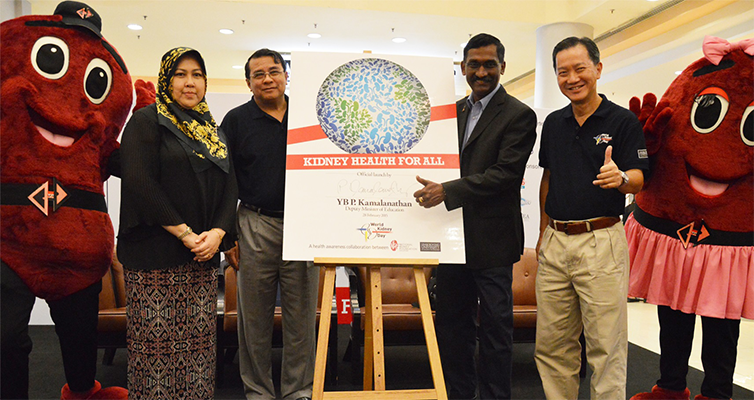 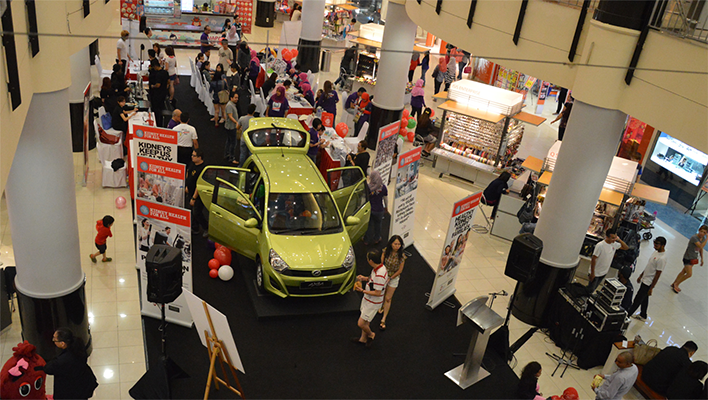 In the Klang Valley, “World Kidney Day 2015” NKF organized the celebrations spread over a month at four shopping centres with support by Perodua, students and lecturers from Limkokwing University and assistance from the four shopping malls, namely Sunway Pyramid, The Summit USJ, Paradigm Mall and Encorp Strand. Celebrity Fitness provided instructors in leading the Dance Marathon at the tail end of the celebrations.

Perodua’s contribution was in providing a Perodua Axis for use in the “Spot & Ride” game which was a star attraction throughout the celebrations. The car was also used to show to members of the public that the grand prize for the lucky draw for the “Spot & Ride” game at the end of the celebrations was a brand new Perodua Axis of the same model donated by the car manufacturer. 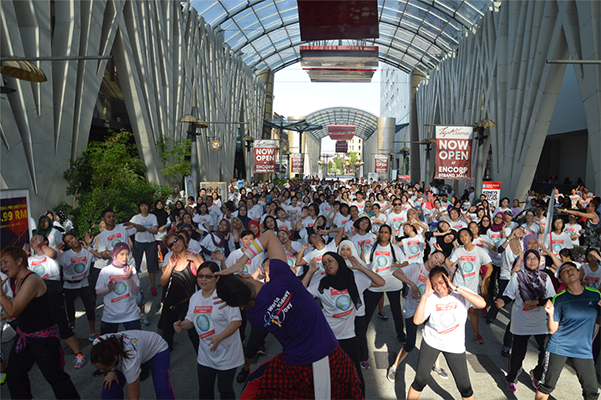 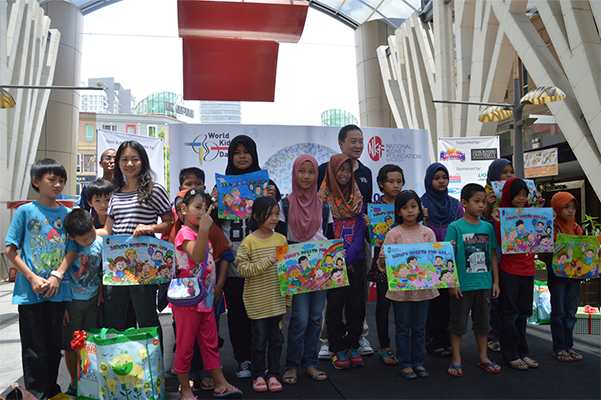 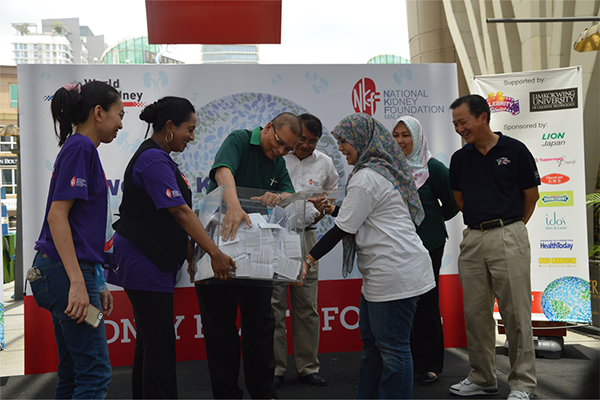 The activities were repeated at The Summit USJ on 7-8 March, Paradigm Mall, Kelana Jaya on 14-15 March and culminated at The Encorp Strand, Kota Damansara on 28-29 March, where in addition were held a Dance Marathon, family colouring contest, the lucky draw-cum-announcement for the winner of the grand prize of the Perodua Axis and the closing ceremony for the World Kidney Day 2015 Celebrations. The lucky winner of the car was Cik Suhaila Binti Jalil @ Selamat, whose registration form had been drawn at random by Datuk Aminar Rashid Salleh, the President and Chief Executive Officer of Perodua.

Meanwhile in Penang, the WKD 2015 Celebrations were a joint effort by NKF, the Malaysian Ministry of Health and the Malaysian Society of Nephrology. The celebrations were held on 8 March at Padang Kota Lama with the anchor eventbeing a “World Kidney Day Walkathon” covering a distance of about 5 kilometers and open to adults and children.

The celebrations were graced by the Minister of Health, Datuk Seri Dr. S Subramaniam. 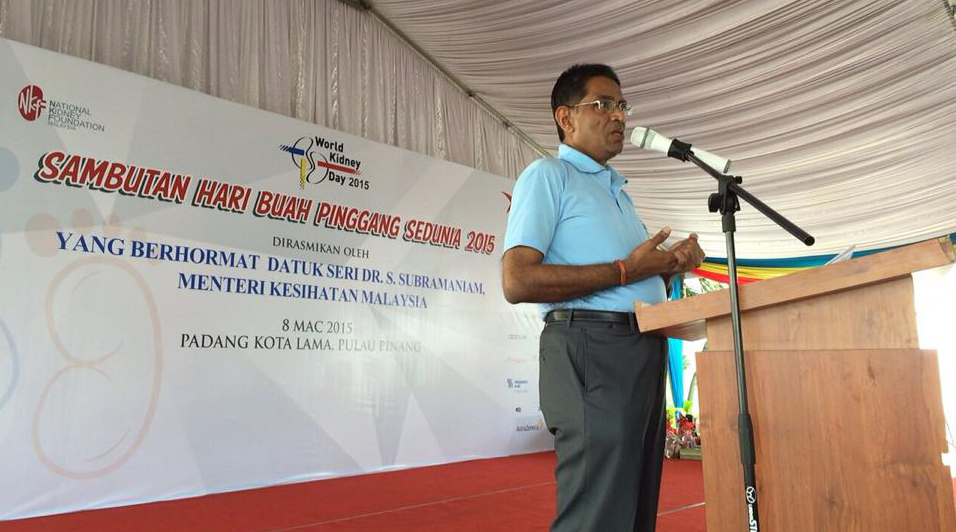 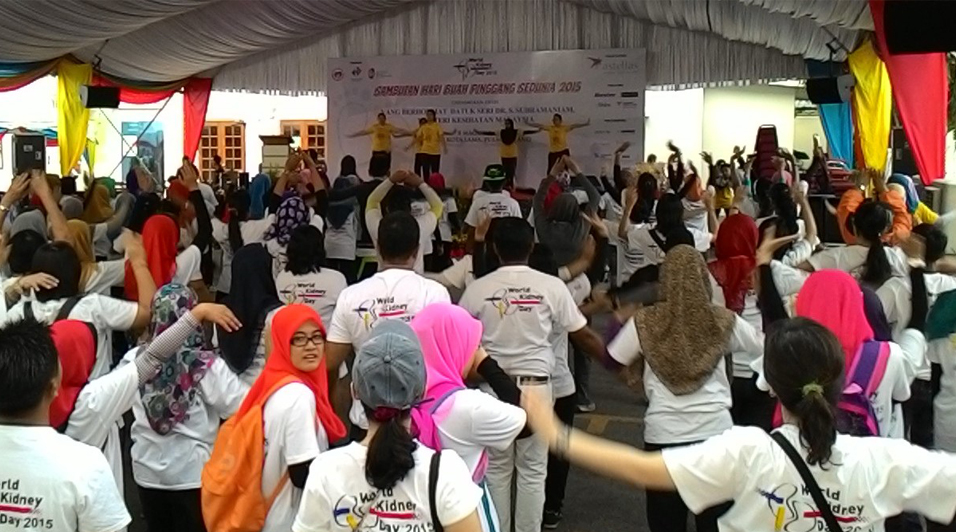 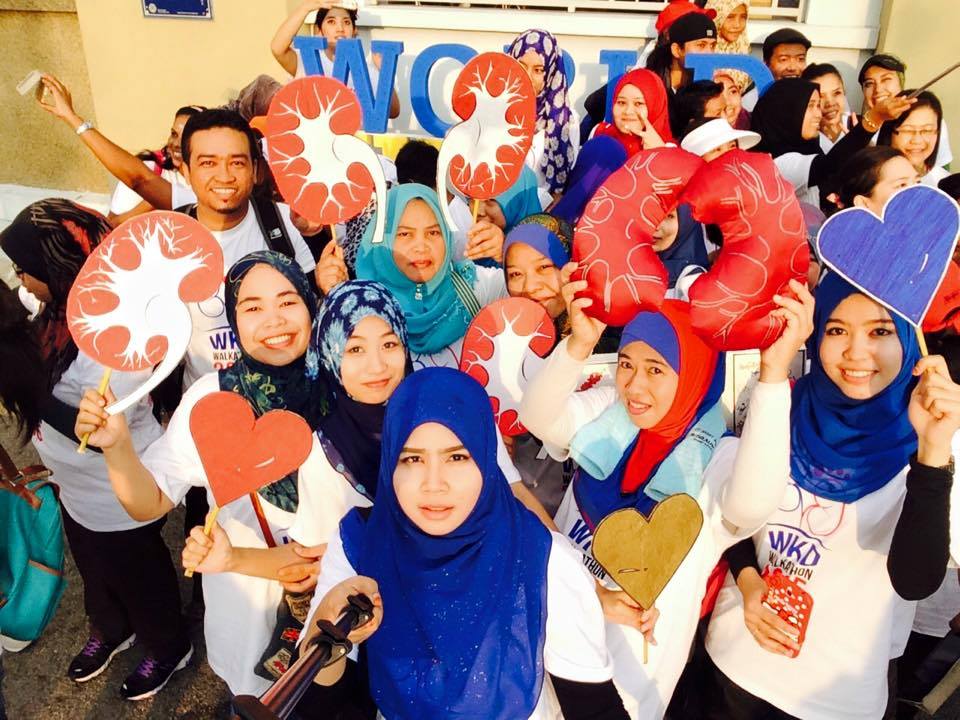