On 18 March 2017, hundreds of participants, including health and cycling enthusiasts, joined in the last leg of the marathon cycleton of 30 kilometres at Taman Botani, Putrajaya to commemorate the World Kidney Day (WKD) 2017 with its theme of “Kidney Disease and Obesity”.

Many had come to participate in a joyous atmosphere with the principal focus in giving a rousing welcome to the 30 cyclists who had cycled all the way from Kangar since 13 March 2017. Of greater emphasis was their show of solidarity in advocating a healthier lifestyle and countering obesity through physical activities such as cycling. 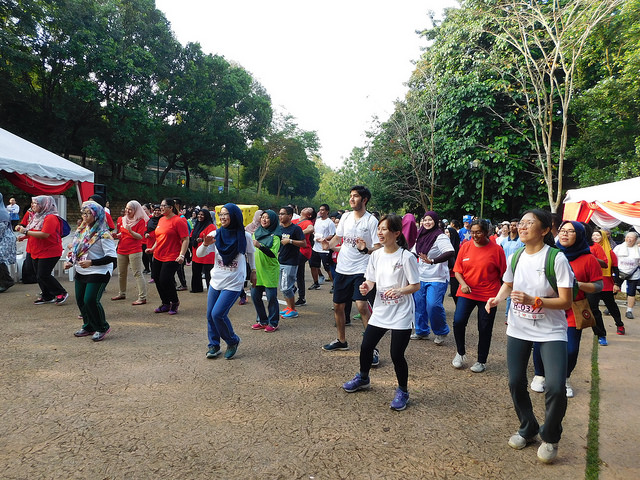 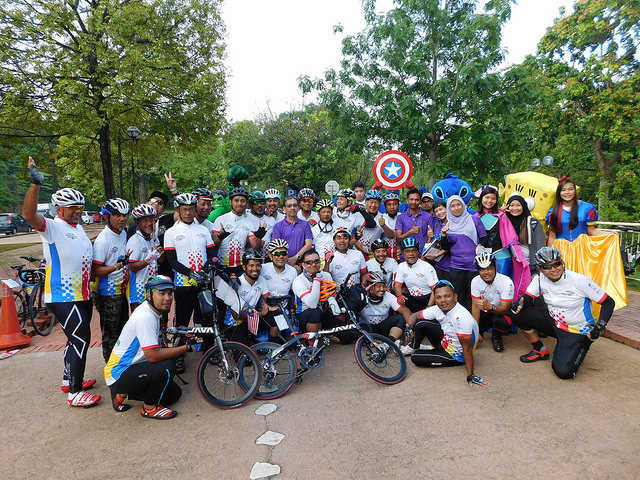 In reinforcing the prevailing fun and family-friendly environment carnival like activites were held. Amongst these were a Zumba dance, a five kilometre fun run, free health checks, health exhibitions, a blood donation campaign, CPR lessons and a colouring contest among school children. All these activities saw the participation of people of all ages. 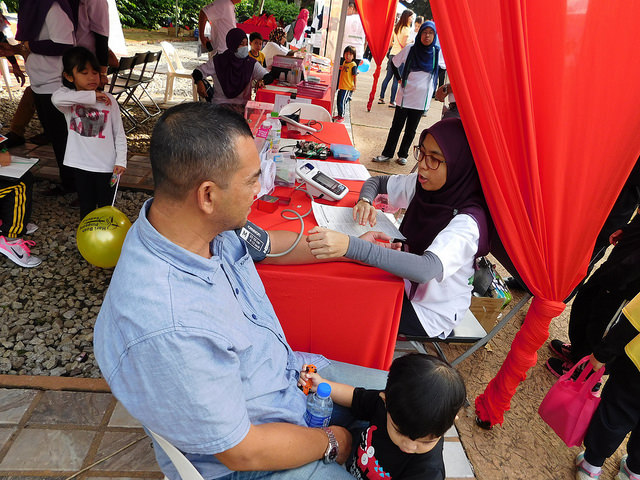 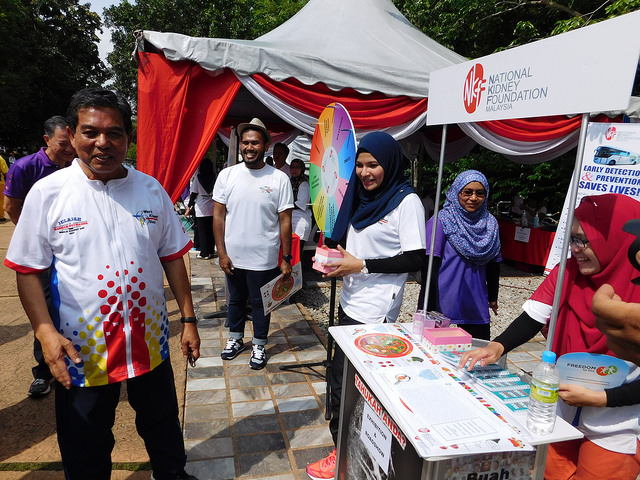 Many major companies dealing in health-care products also joined in the cause in reducing the risk of kidney disease especially amongst those at high risk like diabetics and persons with hypertension by reaching out to as many people as possible. The companies included Lucenxia (M) Sdn Bhd, Baxter International, Fresenius SE & Co Ltd, Roche Holding AG Kirin and AJ Pharma Holding.

Not left out too were the organisers of the World Kidney Day (WKD) 2017 celebrations, namely, the Ministry of Health (MOH), Malaysian Society of Nephrology (MSN), Malaysian Health Promotion Board (MySihat) and National Kidney Foundation of Malaysia (NKF). They set up their booths which among other things showcased their services, sold their merchandise, promoted organ donation, carried out health screening and disseminated information on kidney disease.

In officiating the event, Datuk Seri Dr. Helmi Yahaya, the Deputy Minister of Health said, “Many are not aware of the link between kidney disease and obesity. 20 years ago only 4% of the Malaysian population was obese. However, 10 years later the total had increased to 14%. The latest data from the 2015 National Health and Morbidity Survey reveal that the obesity rate in 2015 was 18%. An interesting part of this survey is that the Federal Territory of Putrajaya had the highest percentage among the obese and 40.3% of the civil servants in the country were obese”.

Finally, in the words of Dr. Lily Mushahar, the organising chairperson for the WKD 2017 celebrations and Head of Nephrology as well as Consultant Nephrologist at Hospital Tuanku Jaafar in Seremban, “Being obese is very closely linked to chronic kidney diseases which can be prevented if more people are aware of their unhealthy eating habits and their sedentary urban lifestyle that lacks exercise”.